The cure to many things, a smile. I travel a lot. From home to university, it takes me an hour and 30mins. I catch two buses and then there’s a 15min walk. Coming and going, all together that’s about 3hours and 30mins of travelling from one town to another.

A normal university day starts at 9am and finishes at 5pm so you can just imagine the amount of people I bump into and sometimes even have a chat with whilst travelling.

I was having a really bad day, my bus was late which meant that I had missed my first lecture. I didn’t have the right change, I had forgotten my glasses at home and on top of that the weather was miserable. I was a person full of anger, falling asleep at 5am didn’t exactly help either. No ones fault but mine, it was only 10:30 in the morning and I wanted my day to be over already.

I put my hood up. Walked to the back of the bus and sat down. Away from everyone else. At the next stop an elderly man got on the bus, he came and sat next to me. Out of respect I put my hood down. (Just so he knew I wasn’t a scary teenager! Lol.) He looked at me with the biggest smile ever.

He started talking about the typical British weather and how he was off to see his son. I told him I was going to university. He asked me about work, so I told him I’m a radio presenter. His face lit up. He was intrigued. He asked me about a hundred questions regarding life experiences before he got off at his stop.

A conversation of just 20mins with a stranger had left me so enlightened. He shared his experiences, spoke about how education is such a big factor in life and said that people like me are doing such a good job for the community.

I didn’t feel anger anymore, the fact that someone was interested in what I did and how hard I had worked automatically made me feel better. If he hadn’t had smiled we wouldn’t have had that conversation – and I’d still be walking to university in anger.

I’ve been reading the book; 40 Stories of the Prophet (Pbuh) by Muhammad Din Sialvi ❤ and in there he explains why smiling is so important.

In order to obliterate anger, to alleviate tension and to end an environment of emotional charge and suspense, a smile can play a significant role… The Messenger of Allah (pbuh) was a very brave individual. He had the courage to smile even in the most difficult of situations and it was never in Him to become angered and nor to seek revenge over petty issues. (2013, p111-112)

Something as small as a smile can change everything…

Asfa Aftab is a 24 year old Broadcast Journalist. She has a passion for writing and has also worked as a Radio Presenter for local radio stations. View all posts by Asfa 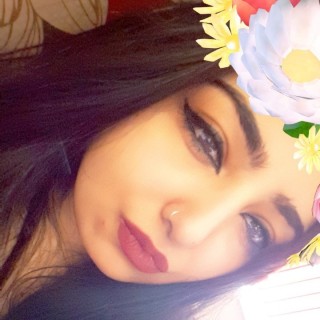